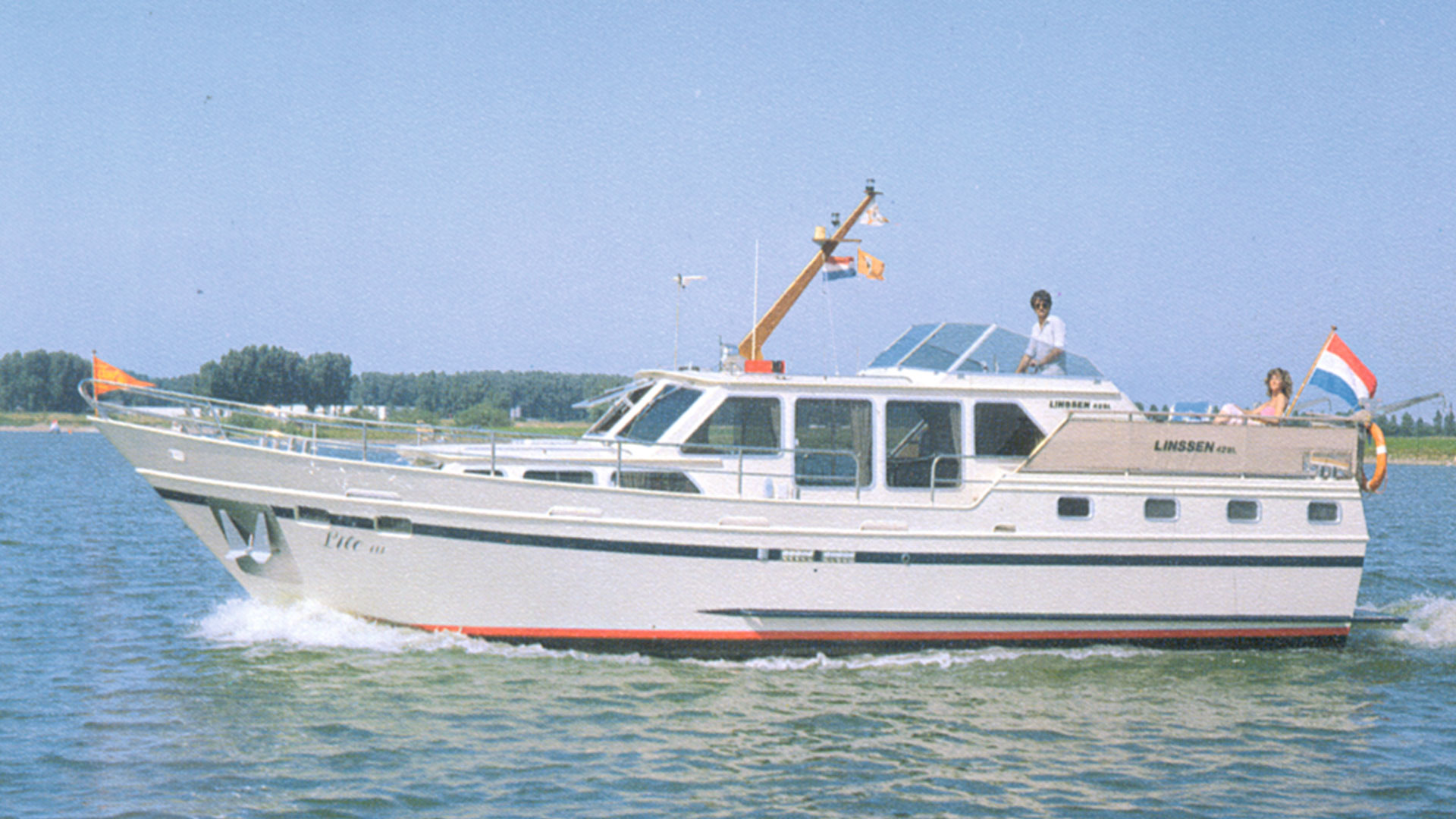 We continue our journey through history with the years 1971-1990

The obvious next step was a move to luxury yacht building. The sturdy “vlet” boats were ideally suited for this purpose. After further development including a handsome superstructure and a finish which was luxurious for the time, production yacht building was underway at “Scheepswerf en Houtindustrie St. Jozef Jac. Linssen”.

Jos Linssen took over from his father in the 1970s. He focused on the development of professional production yacht building in steel, and rechristened the company Linssen Yachts B.V. This was a name with more international appeal and better suited to its increasing export activities. In the years that followed, the brothers Harry, Jan and Peter also took their place in the family business. The Linssen brothers and their children Yvonne and Jac are now members of a strong team in which each player has his or her own specific tasks and responsibilities.

In the mid-1970s, Jos Linssen launched a new generation of “vletten”, the first series of Sturdy models. These were “four new St. Jozef vletten”. With this special series of models, he established a trend in the 8-15 metre segment of the Dutch yacht building industry which still felt today, over 30 years later. The St. Jozef vletten laid the foundations for the legendary Linssen Classic Sturdy series. In addition to the vlet-type models, Jos Linssen developed the well-known Linssen SL Series and the Linssen SE and SX Series in the 1980s.